3 Reasons to Invest in a Loft Conversion - City Lofts London

3 Reasons to Invest in a Loft Conversion

Deepak Singh Udassi of City Lofts London recently gave an interview to a London Sourcing experts based in Fulham, London, about the top 3 reason to invest in a loft conversion. Here’s a summary of that interview…

(Deepak): There are 101 reasons to convert your loft. The top three really are pretty much these. So first of all, it’s going add massive value to your property. As a general rule, you’re looking to double your money. You’re looking to double the investment. So if a loft for example costs £45,000, the value of your house you can expect to go up by is about £90,000. Or interestingly enough, if you’re spending £60,000 on your loft, you can expect it to go up to, by £120,000 of value. And now that’s pretty much the case of all lofts in the Southeast and especially in London. Now, especially in London, you can expect that figure to be much, much higher. In some parts of London, zones one, two and three, all the way across left right, sorry north, south, east and west, you’re looking at your investment to be not only doubled, but quadrupled. Some places in London, we’re seeing a seven-times return on your investment in only eight short weeks.

(Interviewer): Wow, that’s amazing. I mean, how… I mean that’s definitely a very, very good return. So how would one sort of… I mean this is one way to increase the value of your property or as an investor, you buy a property and you want sell it off quickly, and obviously at a little higher price because there’s all these property shows that you see that, there’s all these amazing decorations and conversions, I mean it sounds almost such a big huge gap just because you have a loft conversion.

(Deepak): Yes absolutely insane. We’re working on several projects across town right now, we’re working on one… Just to give you for instance, in Northwest in Queens Park, where our clients bought a house for one million, they’re actually spending no more than 85,000 on the lofts, with a few other things, and now their house is looking to revalue at 1.65 million. Now that is a huge increase. And it’s not just for the big, big properties, out in the suburbs as well, we do lots and lots out in London suburbs. For example, in west London, in a little town called Whitton, just outside of Twickenham, we have a client who bought a house for 300,000, just a three bed semi, they now have spent just over 50,000 on the loft, and they’re looking to resell now over half a million. So over 500,000. And so that is a staggering, staggering increase. But yeah, that really is one reason to kinda convert the loft is the money, right? That’s the no-brainer.

But kind of going along with that, the second one is of course with the value going up, we’ll save more space. Now, the London property market is moving more and more towards the North Atlantic model, whereby now prices are less so set by the number of the rooms that the property has and more set by the amount of space the property has. So if you can imagine, one third of most homes in London, are just completely and utterly wasted with dusty attics. Now, if you can monetize that space, convert it into a usable square footage, you increase the value. So the second reason then, to actually convert the loft is to get more space. So a typical loft conversion typically adds anything between 25% to 50% more liveable, usable space for you and your family. So that’s reason number three. Reason number two over and above the money and the space, is really for all of the life-enhancing benefits the loft conversion will give not only you but your family.

05:26 S2: Now, whether you’re single, married, with a growing family, or a young kids or babies, whatever, we’ve all got our own needs and they’re all quite pressing. So just to throw a few stats out there, you know we’re in the middle of a staggering property boom, we know we’re in the middle of a baby boom. We’re actually in the middle of a baby boom right now. Kind of something you haven’t seen since the ’70s. Economic migrants from all over the UK, Europe and beyond. So everyone are kind of coalescing in London. But London is only a small, small town and it’s not about to expand out to the coast on one side or out to Chilton in the other side, and it’s not about to expand anywhere around the outside either, because we’re covered by the Green Belt in the end of 25. So really, we’ve got all these people wanting to live in London and there’s not enough space to have everyone. So what do we do, in anything we can, is actually to build within the footprint of London, or either build up or build down, or make better use of the space that there already is. So, there’s that.

The bods say that by 2025, 80% of us are going to be working from home in some capacity, which is brilliant, working from home for either full or part of the week. The only problem there is only a handful of us have actually got the facilities to work from home sustainably and professionally. So, there’s a real need there as well. Now this is pretty staggering, I had to look this up and I have to… I actually had to get this stat double checked because it knocked me off my feet when you and I heard this. Do you know what the average age of the first-time buyer is in the UK right now? Have a guess.

(Interviewer) I would say… Oh, gosh. Typically, may be late 20s to early 30s perhaps?

(Deepak) 38! So, you can imagine mum and dad with two to three fully-grown kids, adults, living in the house. Now their lives don’t stop, they’re still going off, they’re still getting married and bringing their spouses back home to live. So they will need more space, too, right? YES.

(Interviewer): With London prices being very expensive and I think getting a mortgage down which is quite hard as well. And the prices in London are just going up and up and up. Not only in London in fact, all over the South East.

(Deepak): You couldn’t be more right. Those who are in the position to afford a deposit then fall down at the hurdle of being able to get mortgage because they can’t, with what happened in April that’s gone with the mortgage market review. Now of course, the banks want to know you can affordability, they want to know how much money you’re spending on nappies, they want to know if you’re having another child, they want to know how many cars that you’ve got or if you’ve got any outstanding debts or how big your credit limit is on your Tesco club card credit card. So they’re really, really, really putting up all the various to be getting money. And so these are people, we’ve got families all over the south-east in the UK who need to move because they need more space, but they can’t. So what are they to do? Obvious solution, make better use of the space in your home, convert the lofts, and give your family back the space that they need. And at the same time, you could…

(Interviewer): Well, also… I think that also then at the same time, if they, in future, wanted to sell the property, you get an amazing return on investment.

(Deepak) Absolutely. I can give you endless examples of where a loft conversion will add so much more to the value of a house, where a typical three-bed semi in any given postcode, I don’t know, say Forest Hill, may then set you back for about 350,000 pounds. But that fourth bedroom and the second bathroom gives you the ability to come up in excess of 490,000 to 500,000 pounds for that same property. 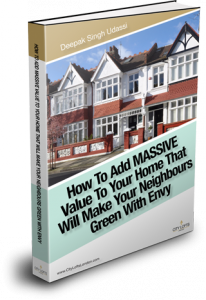 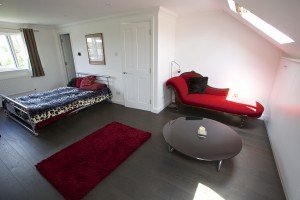