Read the full transcript of this Kensal Rise loft conversion and watch the full before and after video, at the end of the case study.

My name’s Alex I’ve recently had a loft conversion and extension with City Lofts.

Tell us about the project…

There was originally a room in the loft, but it was converted a long time ago, so it was effectively dead space and not really usable room. So we stripped it back, converted it and extended it so that it’s now a big bedroom with an en-suite bathroom. Got a second baby on the way so needed another bedroom and also wanted to just make use of the space that was already there, but wasn’t really usable. So maximizing the most out of the house. It really feels like we’ve got a whole new floor, which of course we do.

How has loft conversions improved your life?

It really just feels like the house has sort of come into its own. And the space that we gained from it feels much more than the actual square footage of it. So yes, it’s been very successful. We’re very happy.

What did you enjoy most about the project?

I’m not sure that anyone enjoys building work, but it was satisfying to feel that we weren’t interrupted. The builders came in and out through the scaffolding, so they weren’t walking through the house. We really weren’t disrupted. They sealed off the entrance to the loft, so there was no mess, there was no dust. It really sort of felt like it was not really happening in our house. So we weren’t disturbed aside from the noise factor. It was just, you know, as painless a process as it could’ve possibly been. So if that can be counted as enjoyable, that was a great part of the process.

What was the most challenging part of the build?

The challenging aspect for me is really was that I was very pregnant and tired. So there were days when I came home from work and wanted to have a nap and had people banging above my head. But that was unavoidable. There were times when we asked them to have some quiet time so I could sleep and everyone was very obliging. But yeah, that was the most challenging part for me.

How are involved were you in the design process?

Are you pleased with the end result?

We’ve got an extra bedroom, we gained an extra bathroom. It’s a space that’s light and bright. It’s got fantastic views. And as I said, just added a whole new dimension to the house that wasn’t there before. It’s only been about a week, but it’s allowed me to get on with making a nursery for the new baby. It just feels like we’re using the full potential of the house, rather than having this just sort of silly dead space at the top that wasn’t adding anything to anyone’s life.

How did you come across City Lofts London?

We’ve done some work with them before, and they’ve come highly recommended by other people. They’re very personable, pleasant and I’ve always had good experiences with them. So it was a no-brainer to use them for this job. There’s a complete can-do attitude, that nothing is too difficult. Every communication is pleasant and positive and really, they’ve been an absolute pleasure to work with.

What made you choose City Lofts London knowing they are not the cheapest?

City Lofts aren’t the cheapest, but I think it is absolutely worth it. The project management aspect is just completely taken care of and really, there’s as little hassle factor as possible. And from the perspective of someone’s who’s working and has small children to look after, I’m prepared to pay the extra for as little hassle as possible.

Would you recommend City Lofts London to others?

I have. Whether or not they, whether or not it’ll happen, I don’t know. But yeah, I wouldn’t hesitate to recommend them to anyone. It really just has been as painless as it possibly could have been. And they’re an absolute pleasure to work with and I’ll use them time and time again. 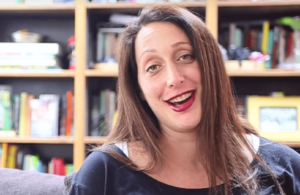