Read the full transcript of this Leytonstone loft conversion and watch the full before and after video, at the end of the case study.

Why did you want a loft conversion?

I had wanted a two bedroom house, really, but couldn’t afford to actually move to a two bedroom house. I have people come to stay and at the moment, I sleep on the sofa bed, so I wanted to have an extra room really that was an everything room. So I wanted to have a bedroom upstairs in the loft so I could make what was my bedroom into a sort of guest bedroom, study, that sort of thing.

What fears did you have about embarking on this project?

Well, who to ask to do it was the first thing really because, I’d had a few people I had asked for quotes that hadn’t even come round. And you just don’t know. You’re asking people to come into your room, change it completely and the fear is who are they and what are they gonna do?

How did you find City Lofts London?

I was looking online actually as everyone does these days, looking for who does loft conversions. They came up. I looked on their website and I was very impressed with how open and honest they were.

Why did you choose City Lofts London?

Mainly, they laid it all out for you. You didn’t have to choose them. They were very upfront, this is what it would cost, this is what you can expect, this is what you should be asking your builders. They weren’t saying, “Come and use us,” but actually, “These are the overall principles “that you need to think about.” And I thought that was really a nice thing to do, and I sort of warmed to the company straightaway. And then I spoke to them on the telephone and it was fine. I mean, there was quite a lot of information, far more than any other builders or any other people, that say they’re loft specialists. There was a pack that you could look at. I just thought it was very transparent.

How has the loft conversion affected your life?

Well, the whole works, I mean, the loft is just a part of it now, because it ended up being a redevelopment. But it just makes it so much easier for people to come and stay. I’m getting older, and I was beginning to get a bit fed up with sleeping on the sofa bed when people came to stay. So it just means I can invite people round a bit more, people can stay over and it’s not such a to-do. But also, I have thought if for any reason at any point in the future I’m short of money, I can’t work, whatever, I can actually rent out the room now. Which is something I hadn’t even thought about to be honest when I first started on the project, but actually that is something that you might consider. How do you get an income from your house? And of course, now the value of flat’s probably increased as well, so eventually when I move out of London, I should be able to buy a nicer place outside London as well. Which is all win-win-win for me.

I’m just very grateful because a woman on my own, I wouldn’t have known what to do.

What advice would you give others seeking a loft conversion?

They’ve got a company that did everything, so they did all of the work with the council, all the work with planners. All that sort of thing was taken out of my hands and I was just asked, “Is this what you want? “Is this what you want?” all the time, changing things as and when needed. So research really probably is the key. And then really it’s do you get a sense of the people really want to do it? I go very much on feeling and if someone comes in and I think, oh, you’re a bit arrogant, I don’t like you, then I probably wouldn’t go with them. But you’ve got to ask the questions. You’ve got to have what do they do, how do they do it, what’s their time frame, what’s their costings and make sure that you get it fully so you know what’s going on the whole way through.

Why would you recommend City Lofts London?

They turn up when they say they’re gonna turn up. A lot of people that I asked for quotes didn’t even turn up. They give you a lot of information upfront so you know exactly what you’re getting into. And they just want to get it right for you. So the whole way through I felt like they cared about my reaction to whatever they did and what I wanted. So they would take you to places, buy you a coffee, get you to sit down and actually think about something, not rush into anything, be part of the planning the whole time. And I just felt very supported and very cared for. It wasn’t just, oh, we’re builders, we’re coming and we’re doing your loft and we’ll go. I mean, they’re still here now helping me with other things that they said they would do. So they were very, very, very, very good all round. I can’t recommend them enough to people, so I’ve already started. 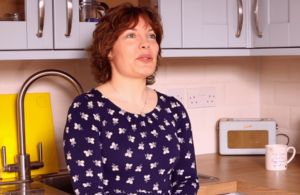